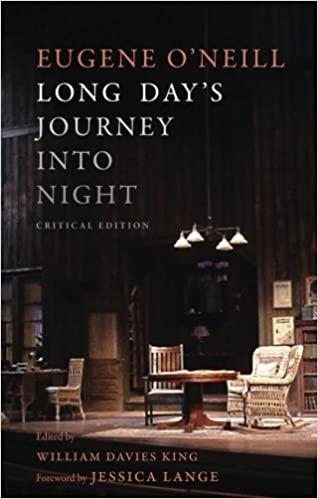 Eugene O’Neill’s autobiographical play Long Day’s Journey into Night is regarded as his masterpiece and a classic of American drama. With this new edition, at last it has the critical edition that it deserves. William Davies King provides students and theater artists with an invaluable guide to the text, including an essay on historical and critical perspectives; glosses of literary allusions and quotations; notes on the performance history; an annotated bibliography; and illustrations.

"This is a worthy new edition, one that I'm sure will appeal to many students and teachers. William Davies King provides a thoughtful introduction to Long Day's Journey into Night—equally sensitive to the most particular and most encompassing of the play's materials."—Marc Robinson

Eugene O’Neill (1888–1953) won the Pulitzer Prize for Drama four times and was awarded the Nobel Prize for Literature in 1936. William Davies King is professor of theater at the University of California at Santa Barbara and is the editor of The Eugene O’Neill Review. Acclaimed as one of the greatest actresses of her generation, Jessica Lange is a two-time Academy Award winner and has dazzled the screen with over thirty credits to her name. She earned an Olivier Award nomination for her performance as Mary Tyrone in a West End production of Long Day’s Journey Into Night in 2000.